The term “flow” is used a lot when talking about reef aquariums, but has a specific meaning on this site. When I say “flow” I am talking about random currents in the display, not the rate of turnover through the sump. Think of a cooking Pot – flow is like stirring up the pot with a spoon, and turnover rate is just adding water while it overflows over the sides.

Explaining what Flow actually is

When trying to figure out Flow in a reef tank, especially in an SPS tank, things can get a bit confusing. There is a lot of info out there describing flow patterns, laminar flow, gyres and so on.

But you don’t need to understand all those terms. Just think about what you are trying to do: emulate the natural environment of corals.

These corals live in shallow water in coastal areas. The waves create pulses, eddies, swells, and what not. Water mixes together in the chaos. Food and waste are always suspended in the water column, ready to be grabbed by coral polyps.

If you wanted to create something like that in your tank, you could grab a canoe paddle and start churning up the water. It would be about the same same level of water movement.

Of course you wouldn’t do that, but the setup you create in your tank will ideally have a similar result.

This is where powerheads and waveboxes come in.

Flow rates according to Powerhead manufacturers

Modern propeller-style pumps operate in many patterns and modes of synchronization. This creates random chaotic flow like the ocean.

These newer pumps move water in wide currents, so flow is broad and harder to measure by the home hobbyist. It can be difficult to make sense of those numbers when it comes to how much flow that translates to inside of the tank.

The manufacturers tend to state their model’s flow ratings in high numbers. As a home hobbyist, you simply can’t test how much water they move like with a conventional return pump. A high number of several hundred gallons an hour gives an idea of power in comparison to other models, but little else. The fact is that this metric is a somewhat unsuitable one for measuring flow.

Strong water turbulence and random flow keeps solid particles suspended in the water column. This allows the overflow weir to skim more waste. Good flow also keeps any nutrient solid matter from settling in “dead spot” areas of the tank. If this happens it can begin to break down and negatively affect water chemistry.

Flow Factors in the tank

Your reef tank aquascaping affects flow a lot. A tank with minimal rockwork with a lot of open areas restricts current much less than a tank with piles of rock resting on the glass. It can be a good idea to avoid resting any rockwork on the glass at all because it creates dead spots that tend to trap detritus.

The more rockwork you have in the tank, the more powerheads you will need. You can get creative with having open bridge-type structures that aid with flow while hiding the pumps out of sight.

A sand bed also dictates how flow moves in a tank. Care should be taken to prevent sand from being blown over the rocks and coral in particular. Corals can get irritated or even die off after only a short time if buried. A powerhead that falls off it’s mount is usually the cause of this, it can also expose the glass in places and look bad.

Sugar-fine sand will blow around more than a larger crushed coral variety. You can sometimes add a bit of heavier grain sand on top of problem areas.

Although the look isn’t for everyone, many SPS reefers use bare-bottom systems. The main benefit is that there is no sand to blow around. There are less rough surfaces to impede high flow rates, and it is much easier to keep solids in suspension. This aids with feeding corals as well as exporting detritus to the sump. 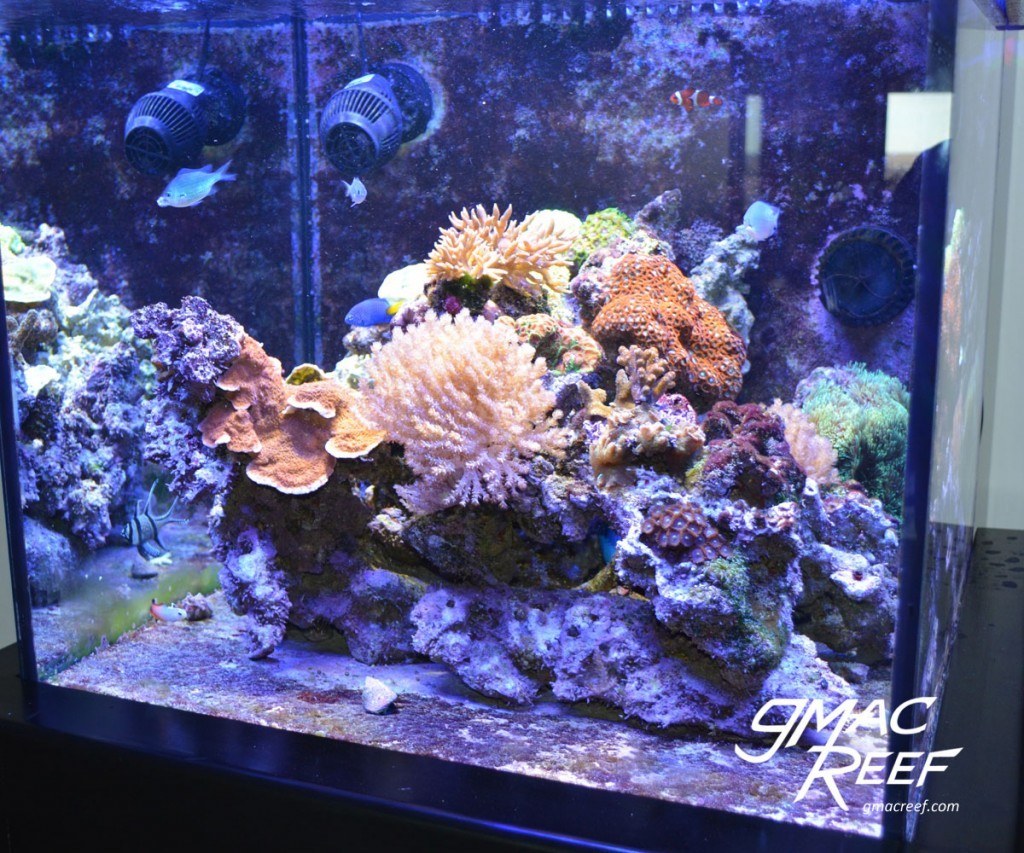 Should the return pump outlets create flow in the tank?

Generally speaking, the return line is not a very efficient source of flow. Yet some people will opt to split their return outlets or use spray bars.

This is not needed, not to mention it just adds more unsightly equipment inside the tank.

Return pumps are designed to lift water up to your display tank against the force of gravity. Using an oversize return pump in an attempt to boost flow usually just results in a noisier tank than necessary. This is one reason why closed-loop systems are so much less common than they were a decade ago.

These are nozzle attachments that installed to increase flow coming from an outlet. Both names are often used for the same device.

They work by shooting the water through a ring that extends in front of the main nozzle. Surrounding water is drawn through the ring and flow is increased.

These were initially invented to help mix large vats of chemicals in industrial applications. They are scientifically proven to mix water flowing out of a high pressure outlet. The only time this can truly be achieved is with a high-flow outlet that pushes around 3000 GPH or more.

Still, A 3/4″ model only costs around $25 and can be worth experimenting with on your own tank. 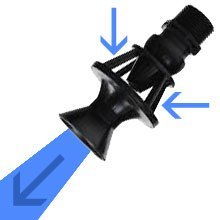 Do you need to Split the return outlets?

Splitting the return into more than one outlet isn’t generally necessary unless you have a tank over 6′ in length.

A good strategy is to just use one return outlet, preferably returning water to the tank away from the overflow. Don’t worry too much about this as long as the nozzle is generally pointing away.

Multiple outlets won’t push water as fast and far as a single line.

Many people think that they need to have the return line split into multiple outlets.  If you do so, realize that by using reducing nozzles you are adding friction to the return, which lowers it’s throughput. If the goal is to maximize the amount of water pushed up from the pump, then you may want to keep the line as a single line.

There is more info about available on return lines and turnover rate on these pages here: 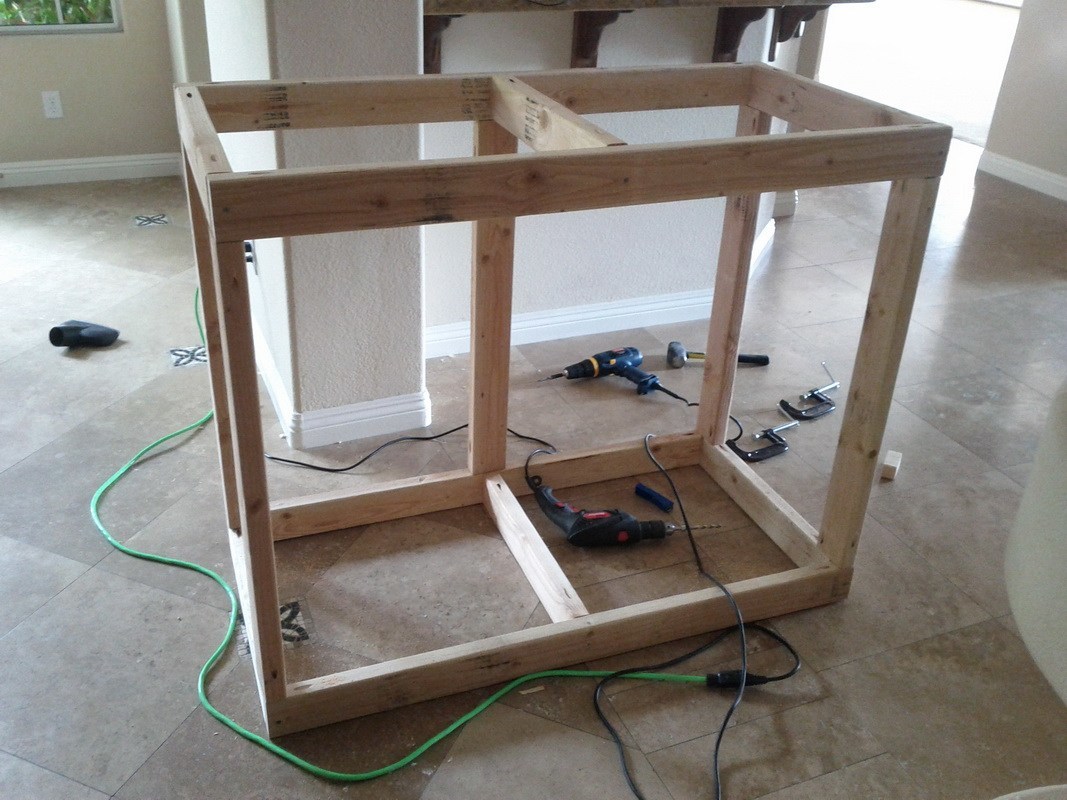 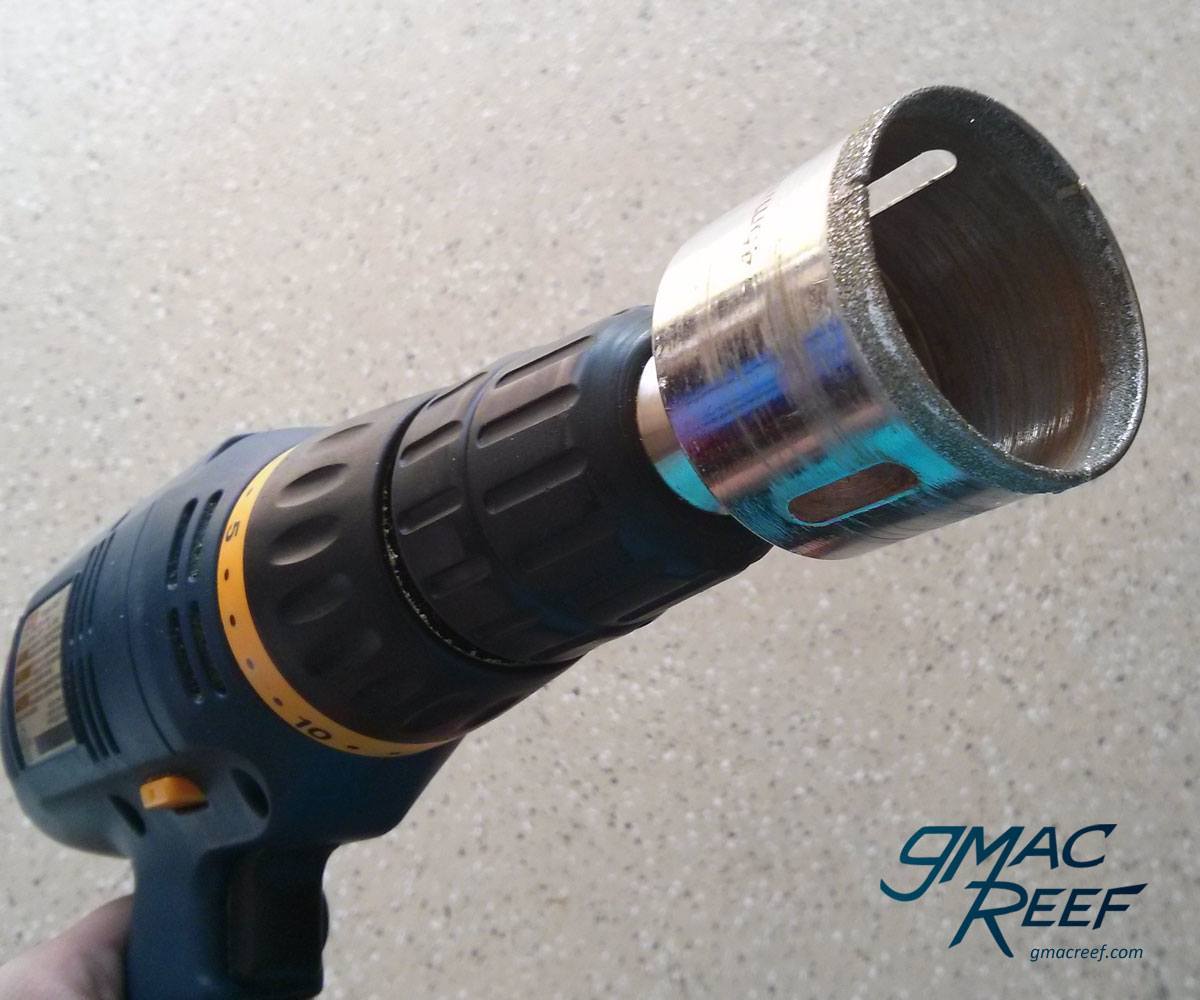 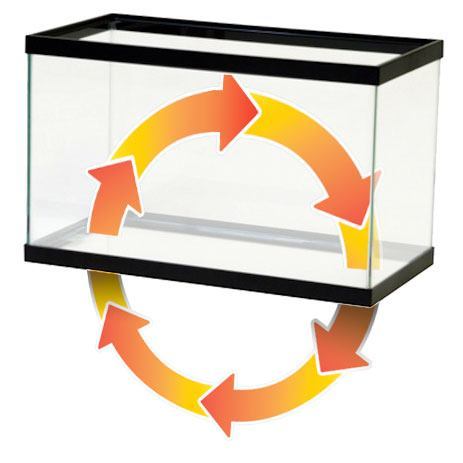 What is the ideal Flow Rate of Turnover through the Sump?
Categories: plumbing, sump, water